The army operated giant real estate entity DHA (Defense Housing Authority) is now about to unveil its new chapter in khyber Pakhtunkhwa provincial center Peshawar. Although, the project was on the cards since 2005 and a law was also been passed by the KP Provincial assembly for the establishment of DHA Peshawar in 2009. But the project got delayed for unknown reasons.

The proposed location for the establishment of this master planed mega housing project called DHA Peshawar has been chosen. Precise location of the project is to be find at Regi Lalma and Wadpagga areas situated close to Nasir Bagh Road. It’s the strategic ideal location been preferred after thorough home work by the authority, determining security concerns and placed nearby main Peshawar city.

This prospective location will provide easy access to M-2 Motorway and Northern By-Pass moreover, access to the core areas of Peshawar city relatively easily. Some of the noteworthy exiting developments to the location of DHA Peshawar comprises of Peshawar Agriculture University and Overseas Pakistanis Foundation Colony.

Project Launch and other Details

According to reports, now finally the land acquisition has been done for this mega state of the art planned mix residential plus commercial venture. It’s expected that the authorities is planning a soft launch of DHA Peshawar chapter very soon, following with official mega launch in coming few months.

As per information collected from various sources, regarding DHA Peshawar suggests that the project will initially be launched over 6,000 Kanals of land. Later, additional 4,000 Kanals of land will be merged with the already existing land making it a 10,000 Kanals venture. Although, it’s not as big as the former fractions of DHA Lahore and Karachi are, nevertheless seeing the capacity of Peshawar city real estate needs – it will be more than sufficient a magnitude presently for DHA Peshawar.

Furthermore, 5% of the total properties of DHA Peshawar will be dedicated for the army personnel’s and rest would be available for the civilians to own.

As far as the development of the project is concern, it will initiate soon after the soft launching by the developers. And the reports suggests that 50% of the land of DHA Peshawar will be allocated for residential constructions, 20% for infrastructure, civic facilities, commercial avenues and remaining 30% would be devoted for the green belts, parks and other recreational amenities.

What to Expect? (For Investors)

Since, DHA Peshawar is powered by reliable military controlled real estate giant DHA, it’s a requisite that the project will deliver – what it will pledge on time of its official launching. Because, DHA has a track record of not letting down trust of its investors in all recent projects involving DHA Lahore, DHA Karachi and most recent ones DHA Gujranwala and DHA Multan.

Therefore, it’s inevitable that this newly floated DHA Peshawar chapter will provide a truly World-class residential project for the brave people of Peshawar, who lack the availability of one before. Because, Peshawar city is considered the most ill developed city of Pakistan, where tons of unplanned private housing schemes has ruined the whole outlook of the city. But now this deficiency will be amended with the urbanized lush real estate venture like DHA Peshawar.

SA Gardens Housing Scheme; Everything you Need to Know 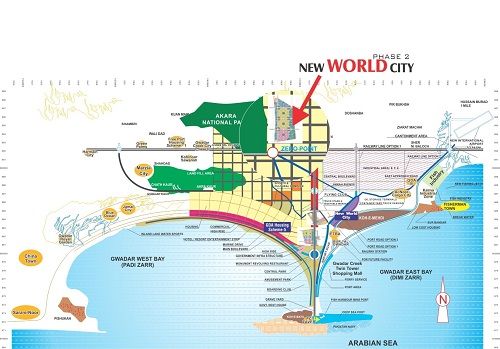